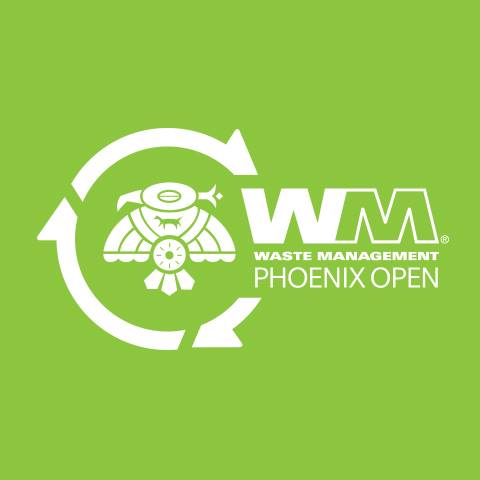 Cash Cash is an American DJ group who is best known for the chart-topping single, “Take Me Home,” which features pop sensation Bebe Rexha. The group has a total of four full-length albums and a collection of EPs and singles to their credit. In addition, Cash Cash has released official remixes for several top artists including Bruno Mars, Katy Perry, Kelly Clarkson, Krewella and many more.

Tickets for Florida Georgia Line are sold out, but limited tickets still remain for Wednesday, Friday and Saturday shows and are on sale now through Ticketmaster (800- 745-3000, www.ticketmaster.com) and at all Ticketmaster outlet locations.

The Coors Light Birds Nest is located directly across from the main Waste Management Phoenix Open tournament entrance at 82nd Street and Bell Road. The entertainment venue opens at 3:30 p.m. and closes at 10:30 p.m. Wednesday through Saturday. Headline acts will take the main stage each evening at approximately 6:30

The 2018 Waste Management Phoenix Open Presented by the Ak-Chin Indian Community will be held at TPC Scottsdale January 29 – February 4, 2018. “The People’s Open” is the best-attended golf tournament in the world and has gained legendary status for being the most unique stop on the PGA TOUR. The 2018 edition will mark the 83rd playing of the event (one of the five oldest events on the PGA TOUR) and the ninth as the Waste Management Phoenix Open.

ABOUT THE ARTISTS
FLO RIDA
Flo Rida is an American rapper, singer and songwriter whose 2008 breakout single “Low” was No. 1 for 10 weeks on the Billboard Hot 100 and broke the record for digital download sales at the time of its release. Flo Rida’s debut studio album, 2008’s “Mail on Sunday”, reached No. 4 in the U.S. His subsequent albums, 2010’s “Only One Flo (Part 1)” and 2012’s “Wild Ones” also charted on the U.S. Billboard 200 chart. To date, Flo Rida has sold more than 80 million digital downloads, sold nearly 60 million singles worldwide, and has five Top-5 hits on the Billboard “Hot 100” chart. www.officialflo.com

FGL’s PLATINUM-certified musical evolution, DIG YOUR ROOTS, propelled the history-making duo to #1 on the all-genre Billboard Artist 100 and Country Albums charts. Continuing the epic momentum, the album has delivered three consecutive #1 smashes – the 3X PLATINUM-certified lead single “H.O.L.Y.” [#1 on Billboard’s Hot Country Songs chart for 18 straight weeks] and PLATINUM-certified hits “May We All” (featuring Tim McGraw) and “God, Your Mama, And Me” (featuring Backstreet Boys) [13th #1 overall as artists]. Following a landmark DIG YOUR ROOTS TOUR that broke attendance records and reached over one million featuring headline-grabbing guest appearances, FGL just wrapped THE SMOOTH TOUR 2017 – having played select sold-out stadium dates this summer with special guests Backstreet Boys. Bursting with first-rate reviews of their explosive live shows, MusicRow Magazine praised, “Just in case you’ve forgotten, Florida Georgia Line is one of the hottest country acts alive.” The top-shelf entertainers continue to crush records as the first and only Country act to achieve RIAA’s DIAMOND certification (10 million copies sold) for their breakout smash “Cruise,” which is the best-selling digital country single of all time (SoundScan). Since their breakout in 2012, FGL has earned prestigious honors from the AMA, ACM Awards, CMA Awards, Billboard Music Awards and CMT Music Awards. Their previous BMLG Records releases – 2X PLATINUM debut HERE’S TO THE GOOD TIMES and PLATINUM ANYTHING GOES – have attributed to sales surpassing 30 million tracks and more than 4.2 million albums worldwide. FGL is spreading good vibes to sports fans each week during the 2017 NFL season as they’re featured alongside Hank Williams Jr. and Jason Derulo in “All My Rowdy Friends Are Coming Over Monday Night” during Monday Night Football on ESPN. Their genre-smashing collaborations also include teaming up with The Chainsmokers for “Last Day Alive” (MEMORIES…DO NOT OPEN), Bebe Rexha’s “Meant to Be” on her recent EP All Your Fault:

OneRepublic gained a solid footing in pop after they released their debut album Dreaming Out Loud in 2007. The lead single of the album, Apologize, was notably rearranged with an R&B feel by one of the decades’ more recognizable producers, Timbaland, and reached the top-three spot on Billboard’s HOT 100 selling more than five million copies. Since their first hit OneRepublic produced four studio albums including their third studio album, Native, the third single of which, Counting Stars, sold more than five million copies and spent two-consecutive weeks at that spot in 2014. OneRepublic’s latest album, Oh My My, was released in 2016 and debuted as the group’s highest-charting album to date, landing at No. 3 on the Billboard 200.

Multi-platinum, GRAMMY award-winning artist/DJ/producer Zedd made his debut with Clarity after signing with Interscope in 2012 and has been breaking down barriers surrounding music genres ever since. His latest hit singles include “Get Low” with Liam Payne and “Stay”
with Alessia Cara, which earned Zedd his second GRAMMY nomination and first #1 at Top 40 Radio. In 2015, Zedd released True Colors, which debuted at No. 4 on the Billboard Top 200 Albums chart. Throughout his career, Zedd has worked with a diverse range of artists to create hits, including Hayley Williams on platinum hit “Stay The Night,” which racked up more than 400 million streams, and Selena Gomez on the platinum track “I Want You To Know,” which spent four weeks at No. 1 on Billboard’s Hot Dance/Electronic Songs chart.

Nelly is a GRAMMY Award-winning rapper, singer, songwriter, entrepreneur, investor and actor who won a GRAMMY in 2003 for Best Male Rap Solo Performance (“Hot in Herre”) and for Best Rap/Sung Collaboration (“Dilemma”) with Kelly Rowland. In 2004 Nelly won a GRAMMY Award for Best Rap Performance by a Duo/Group (“Shake Ya Tailfeather”) with P. Diddy and Murphy Lee. Nelly has totaled nine billboard Music Awards between 2002 and 2013 for Top Artist, Top Male Artist, Top Rap Artist, R&B/Hip-Hop Male Artist of the Year, Hot 100 Singles Artist of the Year, Hot 100 Singles Male Artist of the Year, Rap Track of the Year, Top Streaming Song and Top Country Song. His first solo Album “Country Grammar” debuted in 2000, with the title track becoming a Top-10 hit. The album debuted at No. 3 on the Billboard 200 and went on to peak at No. 1. “Country Grammar” sold more than 8.4 million copies in the United States alone.

Nelly has won a total of four American Music Awards, including his latest in 2013 for Single of the Year (“Cruise”) for his collaboration with country duo Florida Georgia Line. Along with FGL, Nelly has collaborated with some of music’s biggest stars across many different genres – Justin Timberlake, P. Diddy, Tim McGraw and a host of others.

PreviousPrevious post: No Tone Alert
NextNext post:LIST OF CELEBRITIES TO APPEAR IN ANNEXUS PRO-AM AT THE WASTE MANAGEMENT