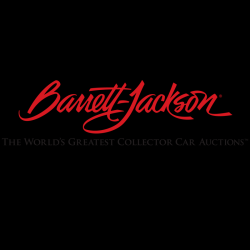 SCOTTSDALE, Ariz., Jan. 7, 2014 — Barrett-Jackson, The World’s Greatest Collector Car Auctions™, announced today the lineup of celebrity affiliated vehicles that will cross its auction block in Scottsdale as well as the expected presence of notable celebrities, including Billy Baldwin and Gene Simmons that are intending to play, to consign or to relish in the Barrett-Jackson experience. With the opening night gala only days away on January 13, car aficionados and those with a love to drive are anxious to take part in the lifestyle experience that is at every Barrett-Jackson auction. This year the company’s 43rd Annual Scottsdale Auction will be held for the first time at the all-new facility at Westworld of Scottsdale, January 12-19, a facility that boasts nearly 1 million square feet of auction facilities, vendors and non-stop entertainment.

“More and more, our Scottsdale auction, as well as our other three auctions, are drawing a greater attendance of celebrities as our brand becomes more global, as our reach enters new media markets and as consignors and bidders flock to our lifestyle events and our website,” said Craig Jackson, Chairman and CEO of Barrett-Jackson.

“The celebrities joining us in Scottsdale for our opening night gala will enjoy a special charity auction hosted by Billy Baldwin and a performance by Bret Michaels. They will have a blast with an exciting week activities and auction items.”

At the opening night gala, Billy Baldwin will offer the ultimate 2015 Super Bowl package with all proceeds benefiting the Carol M. Baldwin Breast Cancer Research Fund. A 1987 Oldsmobile Firenza Warren Johnson’s NHRA Pro Stock Racecar will be auctioned with all proceeds benefiting the Darrell Gwynn Foundation. And a special performance by rock legend Bret Michaels will entertain guests well into the night. This night is a grand kickoff to a week of incredible cars and activities that make the Barrett-Jackson experience so memorable.

In addition to the cars listed below, singer Steven Tyler will be auctioning two motorcycles and NASCAR driver Rusty Wallace’s car will cross the auction block for charity. For further information on these and other celebrity related vehicles visit the Scottsdale 2014 Car List at www.barrett-jackson.com.

“The trust that is given to Barrett-Jackson by our consignors is always humbling,” said Steve Davis, President of Barrett-Jackson. “Our company has a long-standing tradition of working closely with our consignors. We cherish the relationships we have built with all of our consignors at the pinnacle of their careers and look forward to celebrating with them at this year’s Scottsdale auction.”
For more information about Barrett-Jackson, visit http://www.barrett-jackson.com or call 480-421-6694. To purchase tickets, please visit http://www.barrett-jackson.com/scottsdale/tickets/.

About The Barrett-Jackson Auction Company
Established in 1971 and headquartered in Scottsdale, Ariz., Barrett-Jackson, the world’s leading collector car auctions and automotive lifestyle events, specializes in providing products and services to astute classic and collector car owners and automotive enthusiasts around the world. The company produces The World’s Greatest Collector Car Auctions™ in Scottsdale, Ariz., Palm Beach, Fla., Reno Tahoe, Nev. and Las Vegas, Nev., where hundreds of the world’s most sought-after, unique and valuable automobiles cross the block in front of a global audience. Barrett-Jackson also endorses a one-of-a-kind collector car insurance offering for collector vehicles and other valued belongings. With an unprecedented expert staff, including Craig Jackson, Steve Davis and Gary Bennett who have over 130 years of combined experience in the automotive field, Barrett-Jackson offers the most diverse and desirable inventory accompanied with trustworthy and transparent customer service. More information about Barrett-Jackson, including details on expanded television coverage on the FOX family of networks which includes the National Geographic channel, can be found at www.barrett-jackson.com

PreviousPrevious post: Only Keep the People in your life who are Worth having around!
NextNext post:The NUT JOB 3D

One thought on “Barrett- Jackson Auction”