Mickey Mouse and his band of friends, Minnie Mouse, Donald Duck and Goofy will be performing in a music mash-up of mega proportions when Disney Live! Mickey’s Music Festival comes to US Airways Center September 27-28, 2014.  Concert goers will hear greatest hits from the blockbuster movies Aladdin, The Little Mermaid and Disney/Pixar’s Toy Story remixed to rock, pop, reggae, hip-hop, jazz and country, among other jams.  Produced by Feld Entertainment, Disney Live! Mickey’s Music Festival strives to be the biggest concert experience to hit live family entertainment. TICKETS ON SALE NOW!

Kids 12 and under can get tickets for just $10 with code BLOG10 at Ticketmaster.com 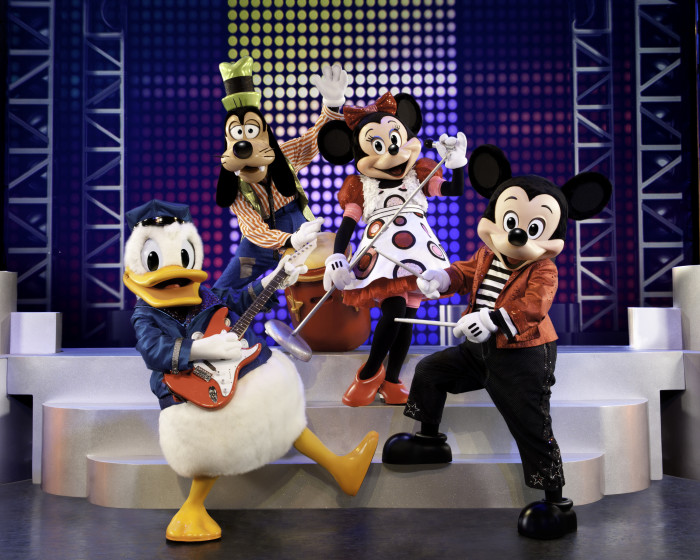 “One song can touch millions of people around the world and Disney has been at the beat of this concept for years by making music a main ingredient of storytelling,” said Producer and CEO of Feld Entertainment Kenneth Feld.  “In Disney Live! Mickey’s Music Festival we are celebrating with the Disney characters to a soundtrack of the latest sounds and chart-topping hits. We want our guests to walk away with lasting memories and singing these unforgettable melodies long after they leave the show.”

Disney Live! Mickey’s Music Festival, featuring an all star line-up of more than 25 Disney characters, begins with audiences watching a state-of-the-art video projection of the frenzy backstage which spills onto the stage as Mickey welcomes guests to his concert tour.  Soon thereafter, they will be transported to a new world of hip hop beats, dizzying acrobatics, flying carpets and magical transformations with Aladdin, Jasmine and Genie.  Underwater is where the crowd will meet up with Ariel, Sebastian and their nautical pals to groove to the reggae rhythm.  And family and friends will stomp to the beat as Woody, Buzz and Jessie teach them how to boogie rodeo-style.

“We’ve created an environment where audience members will be able to connect with the Disney stars,” said Alana Feld, Producer and Executive Vice President of Feld Entertainment.   “Within each concert moment are elements of personal interaction and the audience will be harmonizing, dancing, laughing and having an outrageously good time with the characters.”

Live It Up AZ Kids